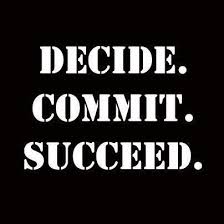 Even if your vision is, at the beginning, a modest one, your band has to have consensus and commitment. This is what gets you through the initial phase and on to the long-term pursuit of your ideas. Harvard psychologists have conducted research into teamwork that shows that the longer a group works together, the more effective they are. In fact, the more stable the line up of members, the more productive they will be over time. Such groups also benefit from strong leadership, someone who keeps their energies focused on the vision and gets them the resources and support they need.

Individuals may or may not always get along. They may have very strong and differing opinions about how to get where you want to go. The band can weather those things as long as all members are willing to do what’s best for the band when it’s time. Some conflict and pushback can actually fuel your band’s work. The same Harvard study shows more creative solutions generated in situations of managed conflict.

Consider the famously explosive relationship between Keith Richards and Mick Jagger. They have had well-documented shouting matches, have insulted one another repeatedly in the press and in public, and have gone through phases where they arrive separately for every gig on a tour. And yet the band has been going for about 50 years. (Seriously—since 1962!) These two men, both known for having strong opinions and even stronger wills, put their personal issues aside when they get on stage. Keith Richards has summed it up, “This thing is bigger than both of us.”24 Your vision should inspire that kind of commitment, the kind that can make people push through pain, anger, disappointment, and failure, because they want to be there when that vision becomes reality.

If everyone is committed to doing what’s best for the band, and has the vision clearly fixed in their minds, you will be in a much better position to deal with any difficulties that come your way. When you do come up against an obstacle, take the time to analyze it and learn to appreciate the difference between a momentary setback and a genuine problem. You will find that lots of things that feel like a big problem in the moment often turn out to be temporary setbacks.