Do you get paid to play? Is your company’s mission statement also your mission statement? Does it have anything to do with you having fun?  What if you added the word fun to your mission statement or your company’s vision?  Would that make a difference in your culture? Would it make a difference in how you interact with your customers or associates? Your boss? Your employees? Your family? Would it make you want to jump out of bed and go to work or go to play everyday? Think about it. From a very small infant what are you programed to do? Play! We play as a baby, we play at school, and we played in college.  Some of us a little more than others. 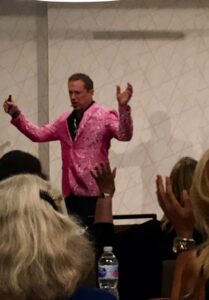 Maybe you’re saying, “easier said than done”, or “we are not allowed to have fun at work”. Says who? Is it a written policy? Let’s pull a Mike Rayburn and say, “What if?”. What if you could play with a purpose? What would it look like? What would you say, do and act like? Isn’t that worth a shot? If you’re dedicating such a large chunk of your life to something let’s make it fun. Research shows people learn and perform better when their having fun. If you don’t love your job, then love why you do it. Thank you Tony Robbins. Find a way to have fun.

“Marvelless” Mark Kamp is a Keynote Entertainer/Keynote Speaker, Author, Husband, Father, and child of God. He works with organizations who want their teams to achieve rock star results. He does this in a fun and engaging way using the success secrets of rock stars and the right amount of entertainment.

’Tis the season that people are dropping the F-Bomb, a lot. Either at work or at home. Have you noticed an increase of the F-bomb around you?  We can only hope so. All great leaders and speakers drop the F-bomb frequently.  By F–Bomb I mean FORGIVENESS.

A couple of years ago our pastor from the church our family regularly attends called VERVE did a series called “dropping the F-Bomb”. It received a lot of attention and a high amount of openings because of the title. But the whole foundation of the series was about forgiveness. Forgiveness when someone wrongs you, forgiveness when someone makes a mistake, forgiveness when someone hurts us, forgiveness for just about everything. That’s what God and Jesus did. No matter who or what you believe in, history would show that God and Jesus were great leaders for a lot of reasons. The two main ones are Love and Forgiveness. The cool thing is, you can’t really have one without the other. But let’s talk about Forgiveness in the work place. People are more sensitive about things today than they ever were. Things move and change faster than ever. It’s easy to get tired, overwhelmed , stressed and offended.  But don’t worry, it’s not just you, it’s just about everyone. Forgiveness can help and it goes both ways. A president, CEO, Executive Vide President, Directors, Managers, all the way down to the teams that actually get the work done need to practice dropping the F-bomb daily.

Maybe you said something a little too harsh; maybe you behaved inappropriately. (There’s a lot of that going on these days) Maybe you busted your butt on something and didn’t get the praise your were expecting. It just doesn’t matter, but you have to get into the habit of both Forgiving those you have wronged and receiving or accepting forgiveness.  Most importantly you have to forgive yourself.

Here’s why. Life is too short and it’s just not healthy. People die from stress.  Stress at work is a huge issue. It’s one of the topics I teach and speak on when doing training seminars for Pryor Learning Systems and Career Track. In the Opportunity Rocks business, it’s like that one bad apple in the band or team that if they are not properly dealt with will infect the whole team.  It’s like having your anchor in the water when you’re trying to move your ship forward. It’s extra drag. So here’s your holiday challenge, F.. …..it.  Just F……. it. Forgive it. Don’t confuse forgive with forget.  But just let it go. If you’re a true leader, you will check your ego at the door every day, and ask for forgiveness to those you have wronged.  Checking you ego at the door is one of the rock star success secrets we speak of in my book Opportunity Rocks (which by the way would make a great gift to the music lover, business rock star, or leader in your life.) If you were someone who was hurt, wronged, or offended, you have to be the bigger person and forgive those who you feel have wronged you.  It’s simple enough but not always easy. But like any great habit, you have to be aware that it needs to be done, and then just say it. Say it again, and again. After a few times you will notice how a big weight has been lifted off your shoulders. The boat is moving faster and smoother. The band or team is playing better, longer, stronger and having fun again.  The more you do it the better you will feel, perform, and people will be more willing to follow you. 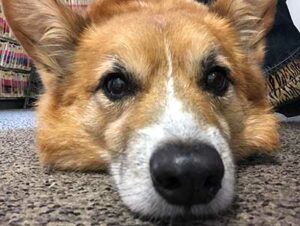 I remember years ago before I got into the keynote speaking and motivational speaker business, I had a friend I had mentored in the entertainment business. I taught him my skills, some of my trade secrets and the next thing I knew he was using them in his own show behind my back. He didn’t even give me credit for them. And when I confronted him, he denied it. I was crushed, mad and hurt and separated myself from him for years.  After learning about the 12 step program from an AA friend I sponsored, I thought to myself, who can I try this process on to test it? Boom, my ole entertainment friend.  So I prayed on it, and finally made the call. I asked for his forgiveness too. We became friends again, have hung out a few times and he have even booked me on a couple of keynote speaking gigs.  Besides all of that, I felt like a new person. I was freed from a prison. I loved the feeling so much I eventually went through my whole list of people who have wronged me and people I had wronged and started dropping the F-Bomb. You still have to be aware it’s not always easy, but it’s the greatest holiday gift that you can give, receive or both. So my challenge for you is to give the gift of the F-bomb this holiday season to as many people as possible. One way we can both help each other is to just share this post on as many sites and media avenues as possible. Forward or share to as many friends, partners and associates as possible. After all, Opportunity Rocks when you drop the F –Bomb.

PS. This stuff works at home too!